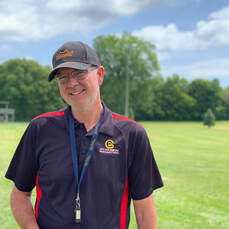 Tim Heasley is a performing arts educator based in Central California where he is the director of Marching Arts ensembles at Bakersfield College and instructs in the Commercial Music program.

With a passion for marching band in high school, Tim actively participated in the drum & bugle corps activity through his college years. His performance career continued as an original cast member of the Tony and Emmy award-winning Broadway show Blast! and Blast II: Mix, performing worldwide from 1999-2006.
​
Tim earned a BA in Communications with a minor in Art from California State University, Bakersfield in 1997 and held a California teaching credential in Arts, Media, and Entertainment.
Powered by