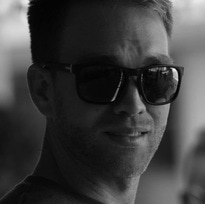 Ezekiel works with a number of ensembles in the Southern California percussion scene as an educator, composer, arranger, and consultant. Currently, he is on the educational staff at the Santa Clara Vanguard, Pulse Percussion, Los Alamitos High School, and Pacifica High School. Formerly, he served as Ensemble Coordinator for POW Percussion, has been on staff with the Boston Crusaders Drum and Bugle Corps, and also with the Phantom Regiment Drum and Bugle Corps. Ezekiel is also a sought after marching band and indoor drumline show designer, arranger, and composer and has been fortunate enough to see his shows and compositions take the floor in WGI World Finals in both scholastic and independent divisions.

Key highlights from his marching career include winning the Fred Sanford drum title in 2006 with the Phantom Regiment, winning first place at the 2008 PASIC World Championships with the University of North Texas A-line, and being awarded the bronze medal at the 2011 WGI World Championships with Pulse Percussion. He earned his Percussion Performance degree from the University of North Texas. 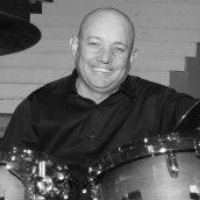 Dave Ellis was a featured performer for the Tony award-winning Broadway musical, Blast. He has performed in Japan, Canada, and all throughout the United States. Dave is a former member of the Concord Blue Devils.

Raised in Bakersfield, CA, he has taught various high school percussion programs for over two decades. Dave has also taught with both the Blue Devils and Marion Cadets drum corps organizations. He is currently the ensemble coordinator of Bakersfield College Indoor. 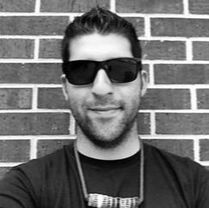 Steven Estudillo was born and raised in Southern California and studied at California State University, Fullerton. Surrounded by a combination of cultural exposures and artistic visions, his upbringing was one that promoted his passion for the marching arts.

Steven started as a student at La Mirada High School in La Mirada, Ca where his musical involvement included performing in several ensembles such as marching band, jazz band, wind ensemble, and indoor percussion. This opened the door to his first experience as a performer with Pacific Crest Drum and Bugle Corps as a high school student, and finishing his last few years as a performer with The Cavaliers Drum and Bugle Corps.

Shortly after high school, and still within his drum corps eligibility, Steven began designing drill at El Modena High School in Orange, Ca and quickly spread into designing indoor percussion and winter guard shows for various groups in the Southern California area. His visual creativity and originality lead him to evolve rapidly as a well sought after drill designer and educator. His designs have been well represented by several ensembles within the Bands of America, Western Bands Association and Winter Guard International circuits. Steven currently works as the visual caption head and designer at Chino Hills High School in Chino Hills, Ca.

In addition to his work in the U.S., Steven has had the opportunity to branch out internationally and work with performing ensembles in South America, providing consultations and clinics to further spread the marching arts in different regions.​ 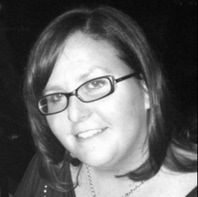 Carrie Newman is veteran teacher in the Kern High School District with over two decades of experience in the colorguard activity. Her involvement as a performer began as a member of the West High School Viking Regiment and continued as a charter member of the Legacy Independent winterguard program.

As a student at CSUB and later Point Loma University, Carrie began instructing the West High School Colorguard. Under her instruction, the guard competed at WGI Colorguard Championships in Dayton, OH on multiple occasions. Her work with the guard continued for 19 years as she transitioned into her role as a certificated teacher at West High, during which time she also worked with Bakersfield HS, California Paradigm, and Intensity A.

Currently teaching Biology and AP Environmental Science, Carrie serves as the chair of the Science Department and in numerous commitees and clubs on campus. In addition to her duties at West, she has served on the board of the Pep & Pageantry Arts Association of Central California (PPAACC) in various capacities and has occasionally served as the timing and penalties judge for the circuit. 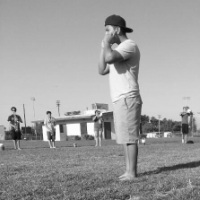 Santino Rodriguez began his music career at age 10 when he began playing trumpet. He has had the opportunity to work with many high school programs through the central valley in all aspects of the marching arts, from visual designer to music coordinator. Currently Santino is the visual caption head/designer for Fred C. Beyer High School, as well as Madera South High School.

He is grateful to have had the opportunity to share his experience gained through music and the marching arts. Santino was a member of Fever Drum and Bugle Corps (Modesto, CA) from 2005-07 where he held the position of trumpet section leader. He went on to march The Academy Drum and Bugle Corps (Tempe, AZ) in 2008 before completing his drum corps career with the Santa Clara Vanguard where he marched 2009-10. He was also a member of the 2011 WGI Open Class champion Vanguard Winter Percussion (Santa Clara, CA).

Santino resides in Madera, CA with his wife Lynette and son Miles where is currently in pursuit of his degree in music education. He is extremely excited to continue his journey with GE and looks forward to an amazing season. 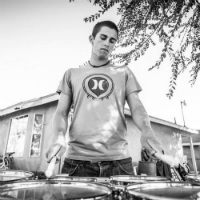 Efren Gutierrez was born and raised in Bakersfield, CA and was heavily involved with music during his time as a student at Foothill High School.

He has been active as a performer in both the indoor drumline realm as well as the drum and bugle corps activity. He began marching in 2008 with Blue Devils "B", where he continued through 2010. In 2011, Efren toured with the Bluecoats of Canton, OH, and he spent the summer of 2012 in the percussion section of the Cadets from Allentown, PA.

Efren's indoor drumline experience includes his membership in Pulse Percussion from 2011-2013 and Riverside Community College from 2014-2015. In addition to his competitive experience, he has also been a member of Bakersfield College's fall semester Renegade Drumline.

Efren is currently a student at Bakersfield College and instructs the percussion section at Liberty High School. He has studied under some of the best educators and clinicians in the DCI and WGI activity. With such a diverse marching background, Efren brings a wealth of knowledge back home to the Golden Empire program. 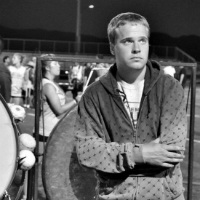 Austin Boyer is a front ensemble specialist, performer, and percussion instructor based in Bakersfield, CA.

His drum corps experience includes two seasons (2010 and 2011) with the Santa Clara Vanguard Cadets from Santa Clara, CA. In 2012, he was a member of the world champion Blue Devils "A" Drum & Bugle Corps from Concord, CA.

Austin is also active in the WGI Percussion activity and has been a member of the Pulse organization since 2012. He is currently a member for 2014.

In addition to his performance experience, he has been a music coach in the Kern High School District where he has instructed at Ridgeview HS, Centennial, and North HS. He is currently a science teacher at Mira Monte HS. 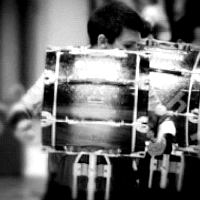 Aside from the performance arena, Jimmie has been teaching the Centennial HS Percussion Ensemble from 2008-present and began working at East Bakersfield HS as a marching tech in the 2012 season. 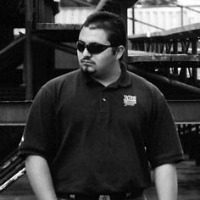 Tony Sandoval is a battery percussion specialist and freelance visual designer whose education in marching percussion began in high school under the instruction of Bob Lopez, Andy Garcia, and David Ellis.

As an original member of the Bakersfield College Drumline, he took on additional instructional and design responsibilities through the years and is currently the battery tech and visual coordinator. Tony is active in the local high school marching band circuit and has instructed and written for numerous schools in the Kern High School District over the last several years. Currently he is the battery instructor and visual designer for both Stockdale and Bakersfield High School. 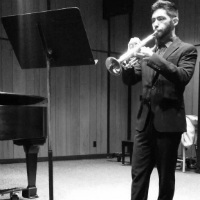 Nick seeks not only to positively influence the GE corps members but to learn from them and the corps staff alike. 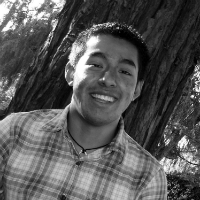 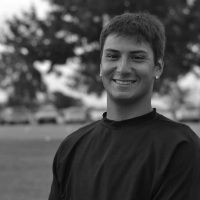 Niko Rosales went to Golden Valley High School where he performed in the marching band during his junior and senior years. After graduating in 2009 he attended Bakersfield College. At BC Niko participated in the Concert Band for 4 years and was one of the founding members of the BC Brass Ensemble.

Niko now performs around Bakersfield and volunteers with various local high school bands. Currently he is a marching/brass instructor with the Stockdale High School Silver Mustang Band & Colorguard under the direction of Mr. John Biller.

Prichard's teaching experience includes world class groups such as Pioneer Drum & Bugle corps, Crossmen Drum and Bugle corps, POW Percussion and Pulse Percussion. He is an active educator in the Southern California community where he is involved with multiple local high school programs. 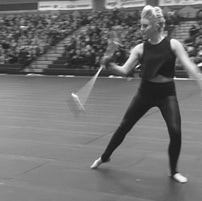 Born in Antioch, CA, Ciara started dancing in preschool. After falling in love with the colorguard activity in Jr. HS, she continued as a student at Stockdale HS, participating in WGI World Championships for the first time.

Her performing career continued as a member of Intensity Open from 2011 - 2015. She is currently marching with Imbue, where she has been since 2016.

In addition to her performance experience, Ciara began coaching at Liberty HS in 2011, and she is currently the director of their colorguard program. Outside of the colorguard activity, Ciara is in the process of becoming a licensed cosmetologist. 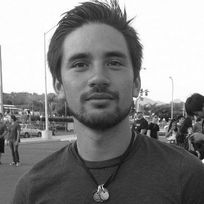 Akira began his drum corps career playing baritone for Fever Drum and bugle corps in 2006 through 2007, going on to march with the Mandarins Drum and Bugle Corps in 2008. He then went on to join the Bluecoats Drum and Bugle Corps in 2009, where he was awarded with the Visual Rookie of the Year award. He continued to march euphonium with the Bluecoats until his age out year in 2011.  Akira also has a storied background in WGI, having marched cymbals in Propel Percussion in 2008, Freelancers in 2010, Pulse Open in 2011, and Pulse Percussion in 2012.

After aging out, Akira taught the 2013 DCI season as a visual instructor with the Bluecoats and a was a cymbal instructor for the 2013 season of POW Percussion. The next year he became a part of the instructional staff at Pulse Percussion from 2014 - 2016, helping them earn 2 championship titles in the process. After spending the summer of 2015 on the visual team for Pacific Crest, Akira went on to instruct Carolina Crown for their award winning 2016 season.
​
Akira is currently an instructor for several Southern California groups including Pacifica High School, Los Alamitos High School, and POW Percussion. 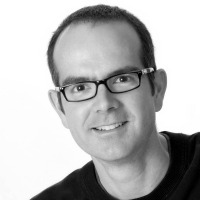 Tim Heasley is a visual and performing arts educator based in Central California. He is currently the director of the Bakersfield College Band and Drumline and has held a variety of positions within the Kern High School District. Tim has spent his recent summers as a sound engineer for the Madison Scouts (2010-2013) and the Santa Clara Vanguard (2014).

Tim marched baritone with the Sacramento Freelancers from 1992-1994 and with the Crossmen from 1995-1997. His performance career continued as an original cast member of Blast! and Blast II: Mix, performing worldwide from 1999-2006.

Tim earned a BA in Communications with a minor in Art from California State University, Bakersfield in 1997 and holds a California teaching credential in Arts, Media, and Entertainment. His background in media production and experience in the audio/visual industry has gone hand in hand with his work as a freelance visual designer and music editor.
Powered by